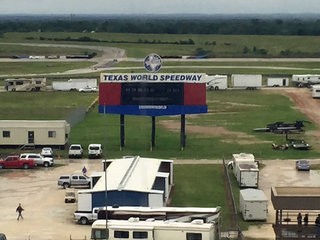 COLLEGE STATION, Texas (May 24, 2015) – On Sunday, competitors awoke to extremely wet conditions caused by overnight rain storms that caused flash floods in some parts of central Texas. The conditions for Round Six of the SCCA U.S. Majors Tour Mid-States Conference at Texas World Speedway were not that severe, but it was enough to force drivers to readjust to the slick conditions.

Group one, Spec Miata, had to deal with the most challenging conditions as the track dried quickly. When race group two took to the track, a dry line was beginning to form at many places on the 15-turn, 2.9-mile circuit.

Here is what the winners from Sunday had to say:

Be sure to follow live timing and scoring, with live video, at SCCA Live.