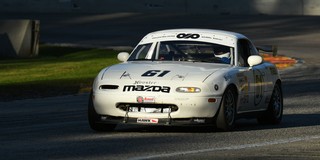 Day two of Runoffs qualifying is an important one. Any driver rust has been knocked off. Setup changes and adjustments to the car following the first day has been done. That Wednesday also sets the grid for Thursday’s Tire Rack pole day.

It was the chance to move forward – to recover from a difficult Tuesday – that led our friends at Hawk Performance to declare Wednesday at this year’s Runoffs Hawk Brake Through Performer Day. The biggest mover in each of the 26 classes earned a set of Hawk brake pads for their racecar, tow rig or street car.

The 26 drivers who took advantage of that Hawk stopping power were: