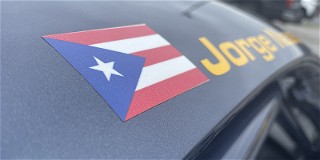 Not unlike the “British Invasion” that transformed rock and roll in the 1960s, the SCCA Summit Road Racing program is undergoing a bit of an “Island Invasion.” And like the rock invasion, a group of racers from Puerto Rico are poised to take (Sports Car Club of) America by storm.

The SCCA Puerto Rico Region earned the 2020 SCCA Small Region of the Year and continues to grow – more impressive thanks to the logistical challenges involved at being separated from the mainland, not the least of which is not being able to tow to race tracks.

So count Jorge Nazario as the Dave Clark Five of this analogy, and the first to make the leap from a tight-knit but insolated crew of racers in Puerto Rico to SCCA’s top level.

Nazario visited the SCCA Runoffs at Mid-Ohio in 2004 and knew right then and there that he had to participate in the event. He fulfilled that dream in 2006 with enough races to qualify and a tough 20th place finish in 2006 in Touring 1 at Heartland Park Topeka. With the box checked, he went back to San Juan, but the pull was still there. In 2015, he returned – with race cars – back to the mainland, and has traveled and raced in the U.S. Majors Tour and at Hoosier Super Tour races every year, save for 2018 at Sonoma, since 2015.

Unlike when Nazario got his start, when he pulls into an SCCA event now there are several cars carrying the flag of the Commonwealth of Puerto Rico. He still travels to races with his No Es Facil Racing team – though the cars are based in Orlando, for obvious reasons – and runs two classes in his Taxmania-partnered cars to maximize the effort.

“When I started, I was the only one from Puerto Rico who did this,” Nazario said. “I kept saying guys, you should consider this. It’s fun. The started doing Regionals in Florida first, and I’ve always done Majors. Last year, they started doing Majors and all of a sudden we’ve got a great group. We have people from the Dominican Republic, our Region is growing, I’m very happy about it.”

Unlike Nazario, Jorge Ortiz came to the states and ran some Regional races, including the SARRC STU Championship in 2020, before stepping into the Hoosier Super Tour in time to race the Runoffs at the Indianapolis Motor Speedway. It was more of a slow and steady climb – and a newfangled “punk rock” sound a la the Animals or the Kinks.

And the goals continue to grow right along with the car counts.

“It was an honor to race at Indy,” Ortiz said, despite a DNF. “We didn’t have the best Runoffs that time, but we are getting ready for this year. I think this time is going to be different for our whole Region because everyone is getting better and better and better.”

Like Nazario, Ortiz keeps his STU-class Racefactory/Real Street/Fulcro Insurance/MCS/Valvoline/Magic 97.3 Honda Civic in central Florida. But the attitude and feeling of Puerto Rico shows up every time at the track in the drive, passion and smiles of being at the track.

“It’s part of our nature,” Ortiz said. “We have our frustrations with our cars, but we go back and regroup and ‘what’s next?’ Let’s fix what is wrong and learn from the mistakes. Everybody is growing together as a Region, and we are leaving our mark. I can feel it. We go to different tracks, and the Puerto Rico Region is there. Everyone is going to know we’re here.”

Nazario is right there with them across the paddock.

“We’re having a great time,” he said. “We’ve always felt very welcome at all the events every time. I know most of the guys would agree.”

And the crew keeps growing and improving – which means it’s only a matter of time before a member of the Puerto Rico Region wins the Runoffs. When that happens?

It just might be the racing equivalent of Beatlemania.

Keep track of Nazario, Ortiz, the rest of the Puerto Rico Region contingent, and all of the racers at this weekend’s SCCA Hoosier Super Tour from Road Atlanta right here on SCCA.com with live timing, streaming video, and audio from the Hoosier Super Tour radio team by clicking here.